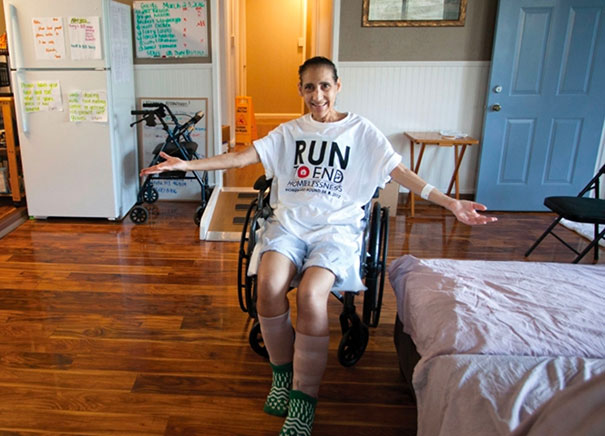 Posted at 09:02h in Success Stories by IHS-admin 0 Comments
0 Likes

Terry Lauro, who was homeless on and off for seven years, recently transitioned from Tutu Bert’s House into a long-term independent group home, where she is now stable. She is the first person to successfully transition from the facility, which opened in March 2016.

After a lengthy hospital stay due to an infection in her leg that required immediate surgery and ongoing care, Terry lost her apartment and found herself with nowhere to go. She spent seven weeks at Tutu Bert’s House where nurses assisted with wound care and a case manager coordinated follow-up doctor visits and transportation, helped her obtain social security benefits, and more. Terry described Tutu Bert’s House as a blessing and the stepping stone she needed. She hopes to live in a home as beautiful as Tutu Bert’s someday.