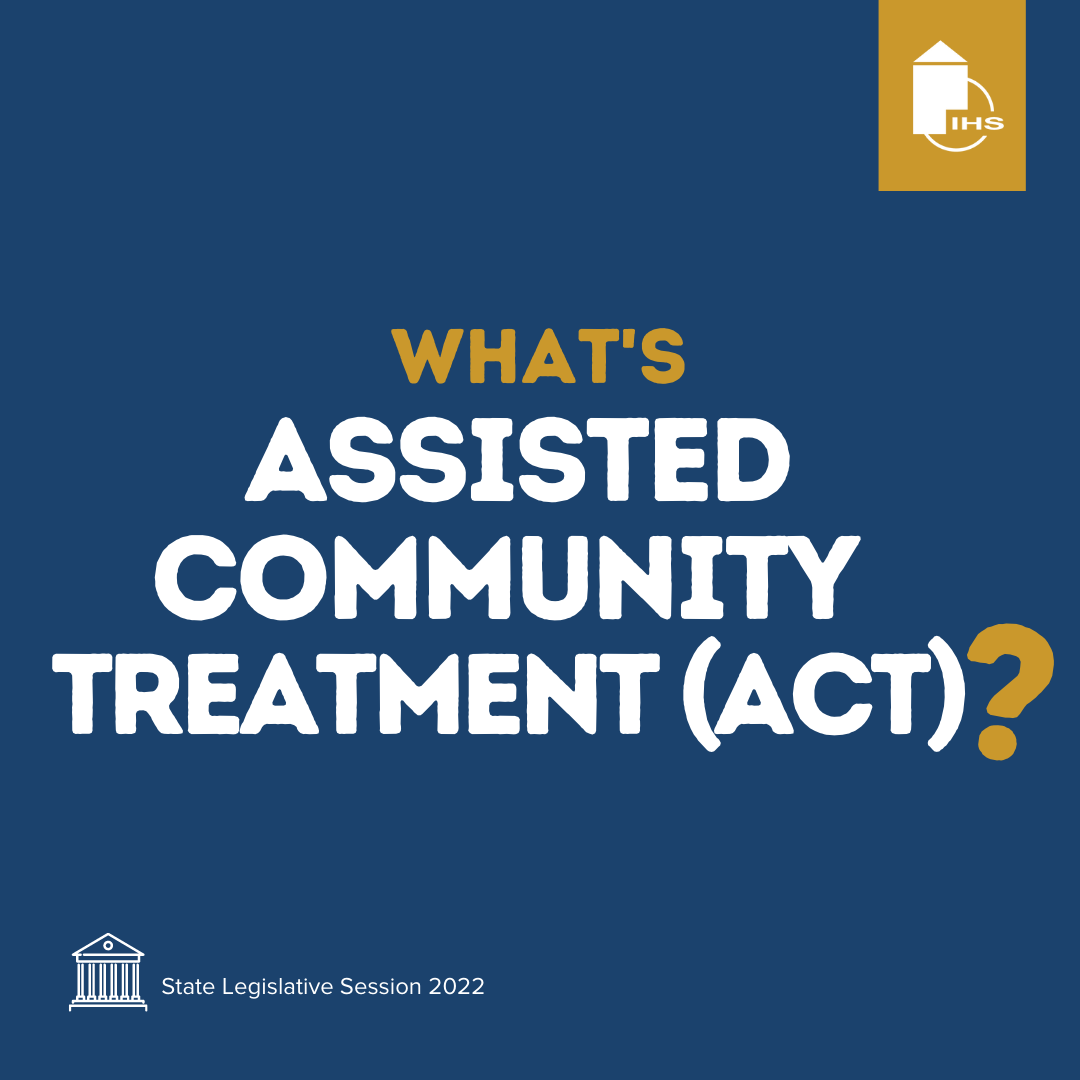 Assisted Community Treatment (ACT) allows a judge to require a mentally ill person who continues to refuse help to undergo out-patient mental health treatment. An ACT petition is made for chronically homeless individuals who are found to be dangerous to self or others, and/or suffering from severe, untreated mental illness and incapable of making informed decisions about their own care and well-being.

ACT includes appointment of a Guardian ad Litem (GAL) who is appointed by the Family Court, to serves as advocates for the individual determined to be lacking decisional capacity, case management, and treatment that may include long-acting antipsychotic injection. They require coordination with attorney to file petition to enact ACT law; treatment lasts 12 months and extensions can be requested.

According to the US Department of Housing & Urban Development, someone who is chronically homeless is an unaccompanied homeless individual with a disabling condition who has been homeless continuously for a year or more, or has experienced at least four episodes of homelessness in the past three years.

1999: “Olmstead Act” – U.S. Supreme Court construed Title II of the Americans with Disabilities Act (ADA), requiring states to place qualified individuals with mental disabilities in community settings, rather than in institutions, whenever treatment professionals determine that such placement is appropriate.
2014: Assisted Community Treatment (ACT) law is launched in Hawaii.
2019: Amended ACT law for broader implementation to include patients who are not consistently taking medication, and clarification of protocol. The revision better defines “dangerous to self” as likely to become much more vulnerable or dangerous to others within 45 days, clarifies who assesses/suggests treatment program and removes requirement of past mental health-related hospitalization.
2021: Amended to have Guardian ad Litem appointed immediately upon acceptance of petition, and removed the requirement of representation by a public defender.