Homeless who fly to Hawaii

Home > In The News  > Homeless who fly to Hawaii 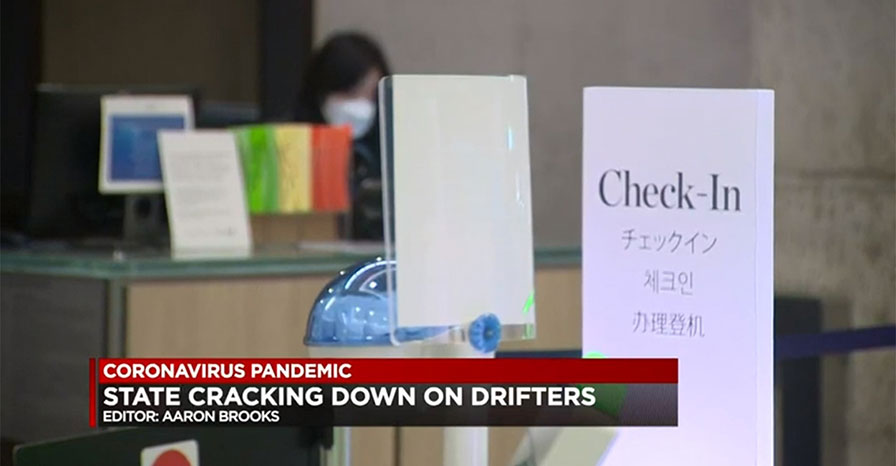 13 Jul Homeless who fly to Hawaii

The new rule went into effect last week at the Institute for Human Services when the governor mandated 14-day quarantine for inbound travelers.

“The individual would not be able to abide by the mandatory 14-day quarantine rule,” the state’s adjutant general, said. “We’ll give the option they can fly back. If they don’t fly back, those are the ones who get arrested.”

The state wasn’t able to give us a number of exactly how many homeless people have arrived in Hawaii since the traveler quarantine started last Thursday.

Hawaii News Now has received multiple reports from airline workers and official sources who say since the quarantine began at least three people with nowhere to go touched down at Honolulu’s airports.

Sources said workers wrote down the address of a homeless shelter on their paperwork and let them go.

The state didn’t confirm or deny the accusation but did acknowledge interactions with several homeless people who’d just gotten off of airplanes.

“I know of at least one on Oahu that was put into the homeless shelter. The recently stood up homeless shelter,” said Hara. “Then there were three that went to Kauai. All three were arrested.”

In the week prior to quarantine measures going into effect, the city confirms five homeless people landed in Honolulu.

The executive director of the Mayor’s Housing Office believes it’s likely a result of the cheap airfare and the fact that homeless sweeps have been suspended.

“I think people see this as an opportunity to come here,” said Marc Alexander. “There is no evidence of other states or municipalities sending homeless people here to Hawaii.”

The Hawaii Tourism Authority is helping to pay for airfare so people can return to the city they flew in from.